We’ve experienced a generation-changing disruption of the Food and Beverage Industry landscape with the COVID-19 pandemic.

Throughout it all, we’ve been supporting our clients to make the best decisions for their brand under these unprecedented circumstances. Now, as countries start to reopen, we are being asked new questions about how to adjust to the ever-changing environment. To help guide our clients this week, we have collected the following information for your consideration as of Friday, May 22nd:

Traffic for the US, Europe and Asia continue to improve, while in the Middle East/Africa traffic was down considerably due to Ramadan, which ends May 23. In the US, traffic stabilized at negative 15% YOY. In Asia, traffic is showing signs of improvement, moving up from negative 25% YOY traffic to negative 30% in the prior week. Europe’s traffic trends lag behind at negative 30-40% YOY, though we still see slight improvements from the prior two weeks.

QSR continues to outperform TSR in both traffic and sales.

TSR is still posting 60 to 70% declines YOY for both traffic and sales.

Chicken continued to win out, though sales and traffic numbers slipped slightly compared to prior weeks. Competitive brands focused on different product offerings started to gain back market share.

For Europe: Countries such as Germany, Austria and Spain reopened their dine-in options, on the condition that regional health and safety guidelines are followed. Common guidelines include: minimum distance between tables, servers – and in some cases also diners – wearing masks, and limitations to how many households are allowed to mix. Traffic continues to stay negative with declines of 30-40% YOY. Sales declines remain at 25-35% YOY.

For Asia: YOY overall traffic has stabilized again with slight signs of improvement. This week’s declines are still as much as 30 to 35% YOY, mainly due to the fact that most restaurants can only provide delivery, take-out or drive thru services as dine-in options (or lobbies as this service is called in Asia) are closed.

For Middle East/Africa: YOY traffic and sales trends are steadily increasing since beginning of Ramadan on April 23. Since then, YOY traffic has moved from 75% decline towards 65% on average and is stabilizing at this level.

Reopening but cautiously, particularly for families

Restaurants are starting to reopen with new serving environments compelled by social distancing and increased hygiene processes and routines. Customers are starting to return slowly and with caution. As noted above, TSR restaurants gained back market share from chicken and pizza players, indicates that consumers are keen to treat themselves to their old favorites. However, some segments like families are cautious, choosing the safer option of pick-up and delivery to limit contact opportunities and the risk of contamination.

Initial results from qualitative research of families in 4 countries (Germany, South Korea, UK, and US) indicate that delivery and to-go will continue to be an important revenue channel for restaurants until effective vaccines will be found. Families in our survey expressed a need to control exposure for their family, and to-go allows them to take additional precautionary steps such as reheating food deliveries/pick-up and wiping down containers and surfaces. Watch this report and our COVID-19 Recovery Page for more family dining insights.

New Ways to expand “off premise”

Differentiated off-premise may prove to be a future profit center and is a growing trend, as brands add unique delivery branding and additional production kitchens solely designed to expand off premise efforts. COVID has accelerated the development of ghost kitchens and other brand offshoots that increase the potential footprint for brands and can help to future-proof earnings, should a second wave of COVID-19 require additional quarantine steps.

Third Party Delivery vs. In House

As previous reports have mentioned, many brands are identifying new options to increase profitability of off-premise. Some brands are bringing delivery “in house” to avoid additional upcharges applied by third party vendors (both to the consumer and to the restaurant) and to manage promotions and control quality. One successful example is Bareburger, which now owns the majority (51%) of its orders, up from 14% pre-COVID, with the goal of full ownership. For some restaurants, it’s about finding the right balance between the two.

Consumer awareness will likely accelerate the move away from third-party services, as more guests utilize delivery during stay at home restrictions and the changed future. This awareness also includes visibility into hidden costs such as phone numbers that route through third party services instead of the restaurants to provide the carryout/delivery order. As mentioned last week, authorities continue to step in to manage the process, with both New York City and Los Angeles recently capping delivery fees at 15%.


Pre-COVID, some restaurants experimented with adding service charges to manage cost pressures such as minimum wages increases. This was often poorly received by the public and, in some cases, attracted local media attention. Going forward, this would be a risky strategy, particularly given rising unemployment rates.

Hygiene and sanitation protocols – getting creative

As brands are adapting their operating procedures and service flows to incorporate the new guidelines, some organizations have really “leaned in” and gone the extra mile to make the new experience part of their brand experience. New York-based Just Salad collaborated with Kenneth Cole for a reusable mask design, and Burger King owner RBI is considering adding masks to the required uniform long-term.

But how do all these new regulations affect the restaurant’s atmosphere? As restaurants have reopened with limited capacity, some operators are looking for ways to still create an enjoyable atmosphere and preserve the experience of a full dining room. Some of these examples include a restaurant in Virginia that filled its empty tables with dressed mannequins and a space in Thailand that opted for toy pandas to make customers feel more comfortable.


Guest reactions have been far from uniform in response to company initiatives designed to protect returning guests. Sense 360 shared in last week’s webinar the top 6 initiatives that attract the most powerful positive and negative responses from restaurants and retail customers.

The other challenge facing operators is the fact that consumers don’t trust fellow guests, despite their overwhelming (75%) trust that restaurants will do the right thing.

In April, consumers in our global insights survey reported (1) access to fresh/healthy foods and (2) nutrition as two of their three top food-related concerns. Yet, at the start of stay at home orders, consumers gravitated toward comfort foods both from restaurants and for at-home cooking (packages of dry baker’s yeast are still sold out in many places, e.g.). The pendulum may be shifting back, based on reporting by Restaurant Business, Nielsen and the Washington Post. In late April, Nielsen surveys indicated that Asian consumers say healthy eating has become more of a priority after the virus, and the Washington Post predicts that consumers will probably start to go back to the old routines of fresh and prepared foods. Restaurant Business noted that Noodles customers, according to their latest earnings report, are moving away from the comfort foods of the early quarantine, back to the chain’s better-for-you options such as zucchini noodles.

Chains that cater to the younger generations (Gen Z and Millennials) are most likely to benefit from the addition of healthy menu options. In our global insights survey, we found the younger set are more adventurous than their older counterparts and dine out more frequently. Both young and old are worried about healthfulness, though the younger generations were most worried about weight control, calories and variety of fresh foods, while Gen X and Boomers cited their concerns were more about diet for health reasons, and scarcity concerned them more than variety.

We realize these are stressful and unprecedented times. RMS is here for you. Reach out to us today if you are looking for practical recovery strategies designed to optimize menu profitability, sales and financial profitability that can be implemented by operators immediately.

InsightsPractice What You Preach: Tech Trends to Integrate in 2020February 2020

Do you want more industry insights?

Sign up for our newsletter and get FREE industry insights delivered directly to your inbox. You may opt out any time.

RMS is committed to keeping your information safe. The information you provide will be used in accordance with our privacy policy.

We don’t yet know the long-term impacts of the COVID pandemic on the global restaurant landscape. And, in the UK, the... more

2021 Forecast: Cloudy with a strong chance of in-home dining Product developers and differential calculus buffs have a... more 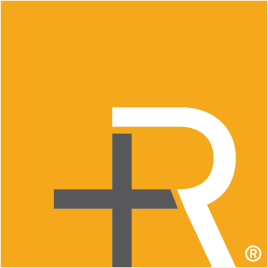